I mean, we were warned of course, we just didn’t take it seriously #Uppsala (via http://instagram.com/p/w8_Q5RzYMs/)

Historical values for the length of the day, from the University of California’s Lick Observatory.

In ABC Sydney TARDIS 2 this time, for @720perth. Standing by… by Stilgherrian (via http://flic.kr/p/qt8CSW )

This is what the missile site of the previous post looks like from the road. From the blueprints, the pyramid structure is about 75 feet / 23 meters tall (the structure continues below the berm). Cold War Tourist.com offers some photos of what the complex looks like inside recently. The very bottom of the page indicates the missile site was up for sale and, remarkably, was purchased by the Spring Creek Hutterite Colony (a group with some similarities to the Mennonites), for a sum of $530,000 USD. The government was generous enough to offer to pay for the extensive environmental cleanup. Click through the source to experience the drive-by, it’s a beautiful location, with the exhaust towers contrasting with the delicate windmills.

“In addition to the original logistics system, the newly “Yi-Xin-Ou” is the first international logistics railway channel from Yiwu to Europe. On Dec. 9, “Yi-Xin-Ou” traveled for three weeks and 13,000 kilometers and arrived at Madrid. Passing through eight countries including Russia, Belarus, Ukraine, Poland and Germany, the train from Yiwu delivered this year’s Christmas gifts from China.”

“It would be difficult for any importer if their purchase cannot fill one container. Even if the sellers are OK to sell you a half-container of products, you still need to pay for the shipping cost for the half-empty container, which would drive up the cost of importers,” he says.

But in the Yiwu market, people can easily select and pick up hundreds of different products, put them in one container and ship them back to their home countries together, according to Jin.

Selling less than container loads is increasingly popular in Yiwu as importers are not confident about selling a large amount of products when their countries have been hit by an economic slowdown.

“The business model of Yiwu fits the demand of Australian importers very well because it is a country with a small population. Many of the importers cannot buy a container of one type of products,” says Chang, whose company has been offering trade services to Australian importers in Yiwu for 20 years.

“Across the experiences of Rosetta, Philae, Orion, Wanderers, Ambition, and Interstellar, we can start to see a reconfiguring of public expectations around space science and technology. Our understanding of space remained relatively static for the duration of the twentieth century; it was a site for exploration and the demonstration of engineering prowess, a source of wonder, a new frontier. We have always been only a few decades away from the first manned Mars mission.”

“I just want to know what a big tree with a speed of more than 100 km per hour looks like."

Oracle, 3D Printed Mask Design.Photograph by Tomasz Machnik Photography. Mask and Photography, Exhibited at He Made She Made, Sydney.

“Tsur’s larger argument is that fictional narratives affect us by delaying or disrupting “in some other manner” our cognitive processes. Moreover, our awareness of those disruptions “indicates to consciousness” that our crucial cognitive adaptations are in good shape (always welcome news).”

“In this respect, and despite its small population – a little over 2 million – and complete absence from any travel guide or tour package, Yiwu possesses a remarkable international character. More than that, Yiwu leads us to a different conception of “globalization” in today’s China. Unlike, for instance, Beijing’s Sanlitun or Shanghai’s Pudong, the Mayide area in Yiwu narrates a different tale of modernity and globalization, one maybe less known but by no means less real or important. Foreigners in Yiwu seem to prefer a shalwar kameez over a suit, and enjoy some apple-shisha tobacco rather than an imported French wine. Inside the various restaurants, televisions broadcast Bollywood movies, cricket games and news in Urdu, Turkish, Arabic, and Russian. As I, in the neon lights of the Mayide, felt often bewildered, most people seem to be feeling home. Modernity, I told myself, occurs in many different ways, and Yiwu most definitely offers a glimpse of something alternative from the version that we too often take for granted.”

“The presence of methane is significant because the gas cannot exist for long. Calculations indicate that sunlight and chemical reactions in the Martian atmosphere would break up the molecules within a few hundred years, so any methane there now must have been created recently. It could have been created by a geological process known as serpentinization, which requires both heat and liquid water. Or it could be a product of life in the form of microbes known as methanogens, which release methane as a waste product.”

On Tuesday, NASA announced that its one-ton Curiosity rover made a surprising discovery on Mars: “burps” of organic methane gas that very well may be evidence of living microbes beneath the planet’s surface.

“Baron-Cohen points out that “attributing mental states to a complex system (such as a human being) is by far the easiest way of understanding it,” that is, of “coming up with an explanation of the complex system’s behavior Thus our tendency to interpret and predicting what it will do next.””

*In other words, disruption’s all about the benefits for poor guys.  I wonder if Marc ever says this stuff privately to his fellow rich guys while keeping a straight face. 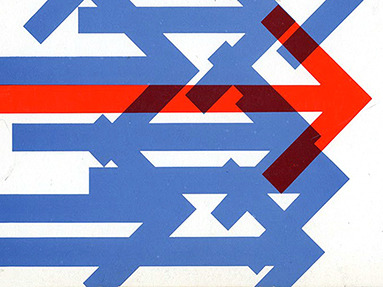 Immune systems don’t make for clean narratives, even as we expect them to keep us pure.

Spinoza said: we don’t know what a body can do. The question of a body’s power [pouvoir] pushes aside another question that we tend to ask right away: the…

Host in the Shell

From 7–8pm on Friday, software used by third-party sellers to ensure their products are the cheapest on the market went a bit haywire and reduced prices to as little as 1p. “Amazon is all kinds of broken,” one observer tweeted. “Mattress 1p. Heaphones 1p. Batteries, clothing, games all 1p. Someone messed up big time.”

Martin Le Corre, who sells toys and games via his MB Homewares store on Amazon, told the Guardian that the glitch in software developed by RepricerExpress could have cost him more than £100,000.

Le Corre immediately took his store offline, but more than £30,000 worth of orders had already been marked as dispatched by Amazon. Orders that have already been dispatched cannot be cancelled and shoppers will be able to keep the goods.

In to the murk (via http://instagram.com/p/wpD1cwp7Oa/)

by Strange birds (via http://flic.kr/p/qpUw3U )

The magnetic field along the Galactic plane by europeanspaceagency (via http://flic.kr/p/ptweY8 )

Exploring rare books on witchcraft, mesmerism, and the occult today at Philadelphia’s Athenaeum. Thanks to all who joined & to @susurrusdin for leading our adventure! #atlasobscura #philadelphia #witches #rarebooks #athenaeum #library (via http://instagram.com/p/wklxE8KfT1/)

The astounding, strobing #BigBangFountain by #OlafurEliasson at his new show #Contact in Paris. “Extending the eye towards a horizon of things we shouldn’t be able to see”. #fondationlv (via http://instagram.com/p/woXd5Mi-lE/)