The Logic of Nature by J.D. Doria

The Logic of Nature - Doria JD

“We never meant to upset you”

The NSA Revelations All in One Chart (via https://projects.propublica.org/nsa-grid/)

“Just over a decade ago, when I was a senior intelligence officer, I spent most of my time in the world of ‘ints’ — signals intelligence imagery, human intelligence — and used just a little bit of open-source information to enrich the assessments that we made. Fast forward to 2014 and the explosion of the information environment in just the last few years alone. Open-source now is a place I spend most of my time. The open world of information provides us most of what we need and the ‘ints’ of old, they enrich the assessments that we’re able to make from open-source information.” Open-source intelligence can take a variety of forms, but among the most voluminous, personal and useful is Facebook and Twitter data. The availability of that sort of information is changing the way that DIA trains intelligence operatives. Long gone are the spooks of old who would fish through trash for clues on targets. Here to stay are the eyes looking through your vacation pictures.

Emotional manipulation is such a strangely intimate place to discover you’re the subject of surveiilance-cum-manipulation, that even your unguarded moments of sharing feelings are subject to someone trying to get something out of you. We want to call into account what makes this system of control possible, but if Cornell is any example of what to expect from the fallout, no one is going to be held accountable for companies like Facebook recklessly endangering users – yet again. For those of us observing this spectacle in a sort-of state of self-aware, displaced horror reserved for those moments when life and sci-fi dystopia cross shadows, it has never been more clear that Facebook’s ideas about organizing society are wholly broken.

“Many people who would not dream to claim they understand how antibiotics, microprocessors or immunisations work seem happy to wax lyrical on their views on climate change.”

–What Really Annoys Scientists About The State Of The Climate Change Debate? | The Guardian (viadesignedconflictterritories)

Previously, users could only communicate with others on their same platform—but now, with the latest version, Firechat Love, iOS and Android users can chat with each other.

If you’re wondering why this is a big deal, consider the fact that 40,000 Iraqis downloaded the app between June 14 and June 24, using it as a way to circumvent censorship. Or that Firechat became the most popular iOS app in Taiwan this past Spring in the wake of student protests, which sparked fears that on-grid modes of communication might be cut off.

–Something about mesh networks on fast co with a stupidly long title.  (viadesignedconflictterritories)

Facebook researchers have published a paper documenting a huge social experiment carried out on 689,003 users without their knowledge. The experiment was to prove that emotional states can be transferred to others via emotional contagion. They proved this by manipulating different user’s newsfeed to be more positive or more negative and then measuring the emotional state of the user afterwards by analysing their subsequent status updates.

They demonstrate how influential the newsfeed algorithm can be in manipulating a person’s mood, and even test tweaking the algorithm to deliver more emotional content with hope that it would be more engaging.

The experiments took place for one week (January 11–18, 2012), and the  ’participants’ were randomly selected based on their User ID. In total, over 3 million status updates were analysed. The lead researcher was Adam Kramer, akramer@fb.com

“SimCity is not just about planning, you have to take decisions like how to tax your citizens. In pretty much all the titles of the series if your tax rate is around 12% or higher citizens get upset. Typically with a 20% tax, wealthy citizens will simply leave regardless of the services you provide. Some players even managed to run cities with 0 taxes. This is a pretty clear libertarian bias. In many countries people tolerate high taxation if they feel like they get valuable services from the state.”

“The third is: holy crap, do we have any new formats for startup/product/service homepages yet? Large, full-bleed background images, vertical scrolling, thin type. You almost don’t even need to read the stuff anymore.”

–Episode One Hundred and Seven: Allies; How Does This Even; Maximum Happy Imagination (viaiamdanw)

But the tentacle can be a sign of absolute alterity, the creature feature that man cannot translate into allegory or object lesson. This is what I call “tentacular pedagogy”: the teachable moment is that some things we encounter completely resist being translated into teachable moments.

“We’ve named this creative studio of sorts The Factory, which is a riff on Andy Warhol’s Factory — not the “we’re stamping out widgets” [type of] factory.”

we’ve always said that games are more like cathedrals than they are like movies. It’s a narrative environment, an environment that immerses you in a story, in a time. It’s a time machine. It’s made over hundreds of years.

Schellingcoins are designed to address external, quantitative phenomena. Opinions regarding cultural works are personal and qualitative, and spontaneous reactions to cultural works are even more so. This is different from the commonly expressed quantitative values that the SchellingCoin proposal requires. To adapt SchellingCoins to cultural criticism we must adopt the methods of collective intelligence and the digital humanities and use some tricks to turn personal opinion into cultural appraisal.

“Oddly enough, it is a consumer-oriented culture that is concerned about authors and labels of authenticity. Manuscript culture was producer-oriented, almost entirely a do-it-yourself culture, and naturally looked to the relevance and usability of items rather than their sources.”

–The Gutenberg Galaxy - The Making of Typographic Man, Marshall McLuhan (1962)

Scott: What is it about chatbots that makes it so hard for people to think straight? Is the urge to pontificate about our robot-ruled future so overwhelming, that people literally can’t see the unimpressiveness of what’s right in front of them?

The office by Isaac Cordal (via http://flic.kr/p/nVuFdi )

“People have been talking about terraforming, but what I’m trying to do is give some concrete evidence that it’s possible to do this, that it’s possible to grow in extraterrestrial materials,” Michael Mautner, a Virginia Commonwealth University researcher and one of the world’s only “astroecologists” told me. “What I’ve found is that a range of microorganisms—bacteria, fungi, and even asparagus and potato plants—can survive with the nutrients that are in extraterrestrial materials.”

Inspired by the open-source software movement, the Open Source Seed Initiative has quietly spent the last two years developing a cache of seeds that they released to the world at a launch event at the University of Wisconsin-Madison in May. With names like “Sovereign” (a carrot variety) and “Midnight Lightning” (a zucchini), they packaged together 37 varieties of 14 crops attached to a pledge: Open-source seeds must stay freely available for use by all–no intellectual property rights can be claimed to the seeds or derivatives bred from them.

In any intelligence agency it is important to keep track of crank contacts, not only to improve protection but also to assure continuity of control and analysis. Centralization of records in CIA’s Office of Security permits quick identification of phonies and time-wasters. Professional security officers know how to handle the off-beat approach, and others would do well to rely on the professionals when they receive an irrational letter or find themselves face to face with an apparently unbalanced stranger.

“There’s no shortage of guidelines these days on how to ‘prepare for the future.’ […] foresight engines are pulling in thousands of citizens to re-imagine the future of governance, cities, and peacebuilding. They’re generating over 1,800 paths out of poverty and through the Good Judgment Project, 3,000 regular citizens are making forecasts on a range of issues – from political developments in North Korea to Venezuelan gas subsidies.” 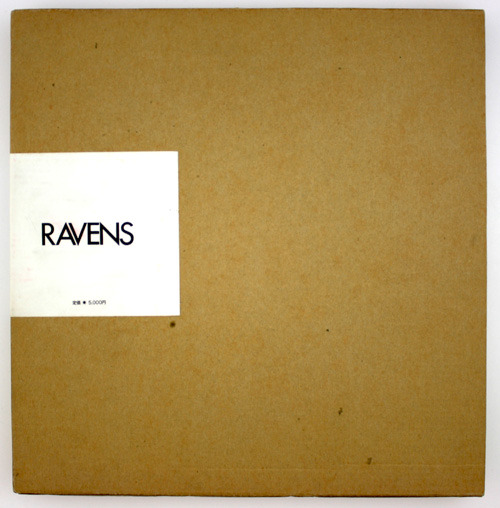 There’s no doubt that Masahisa Fukase’s book Ravens (aka Solitude of Ravens, aka Karasu) is one of the greatest photobooks of all time. It was voted the most influencial photobook of the last 25 years in a poll conducted by the British Journal of Photography. It’s also my personal favorite. I return to it again and again for its images, its sequencing, its thinking, its meaning. 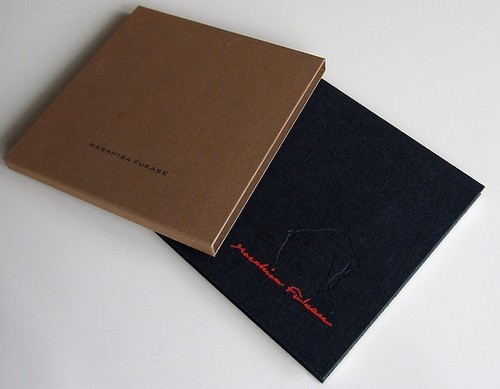 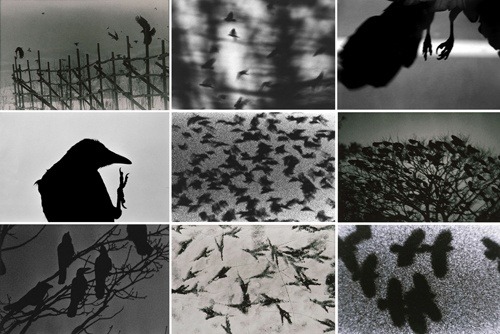 But there’s one sequence of images in particular that represents one of the greatest associative leaps in photography. Abstracting these five photographs from the whole doesn’t do the passage justice, but at least doing so points to this moment of photographic inspiration which, for me, is a touchstone for photographic sequencing, and which hopefully every photographer gets to see in book form at some time.

Fukase, prior to this passage, has shown a significant number of images of ravens, close-up and at a distance, in all sorts of contexts. Then, along comes this disruption: 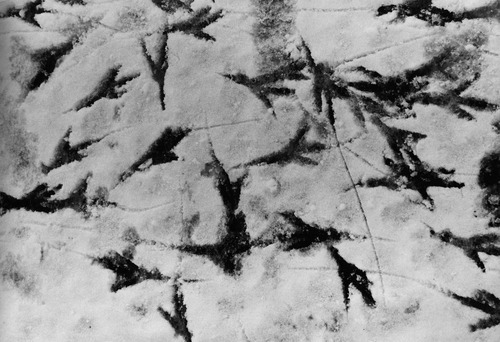 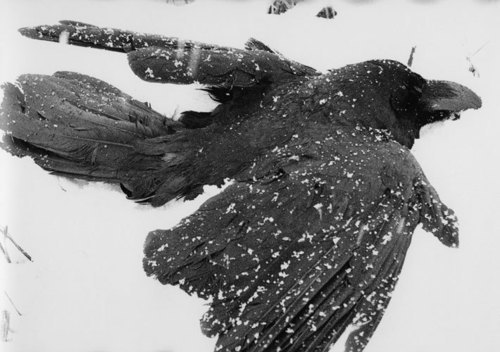 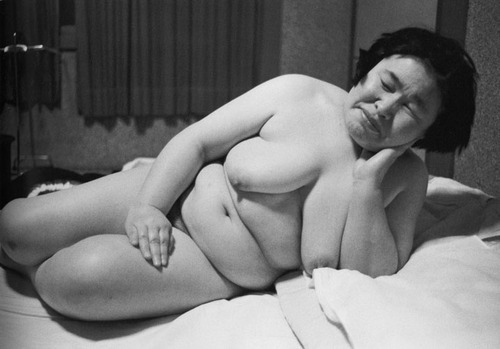 The knowledge that Fukase started Ravens at the point of deep depression over the failure of his marriage is valuable here. The book is a  symphony of visual and intellectual movement—this is just one of its greatest turns.

Tomorrow is the second anniversary of Fukase’s death, after having lain in a coma since 1992, the year he fell down a flight of stairs.

Europe’s drive toward a power system based on renewable energy has gone so far that output will probably need to be cut within months because of oversupply. Network operators are likely to curb solar and wind generation at times of low demand to prevent overloading the region’s 188,000 miles (302,557 kilometers) of power lines, Entso-e, the grid association in Brussels, said last month. Renewable output is poised to almost double to 18 percent by 2020, according to Energy Brainpool GmbH & Co. KG, a consulting firm in Berlin.

For Graeber, bullshit jobs carry with them a moral imperative: “If you’re not busy all the time doing something, anything — doesn’t really matter what it is — you’re a bad person.” But the flipside of that logic seems to be: if you actually like doing x activity, if it is valuable, meaningful, and carries intrinsic rewards for you, it is wrong for you to expect to be paid (well) for it; you should give it freely, even (especially) if by doing so you are allowing others to profit. In other words, we’ll make a living from you doing what you love (for free), but we’ll keep you in check by making sure you have to make a living doing what you hate.

Well, we can talk about the decline of the union movement, but it runs deeper. In the late 19th and early 20th centuries, one of the great divisions between anarcho-syndicalist unions, and socialist unions, was that the latter were always asking for higher wages, and the anarchists were asking for less hours. That’s why the anarchists were so entangled in struggles for the eight-hour day. It’s as if the socialists were essentially buying into the notion that work is a virtue, and consumerism is good, but it should all be managed democratically, while the anarchists were saying, no, the whole deal—that we work more and more for more and more stuff—is rotten from the get-go.

Of course, we in the real world know that shaved apes like us never saw a system we didn’t want to game. So in the event that sarcasm detectors ever get a false positive rate of less than 99% (or a false negative rate of less than 1%) I predict that everybody will start deploying sarcasm as a standard conversational gambit on the internet. Trolling the secret service will become a competitive sport […] Al Qaida terrrrst training camps will hold tutorials on metonymy, aggressive irony, cynical detachment, and sarcasm as a camouflage tactic for suicide bombers. Post-modernist pranks will draw down the full might of law enforcement by mistake, while actual death threats go encoded as LOLCat macros. Any attempt to algorithmically detect sarcasm will fail because sarcasm is self-referential and the awareness that a sarcasm detector may be in use will change the intent behind the message.