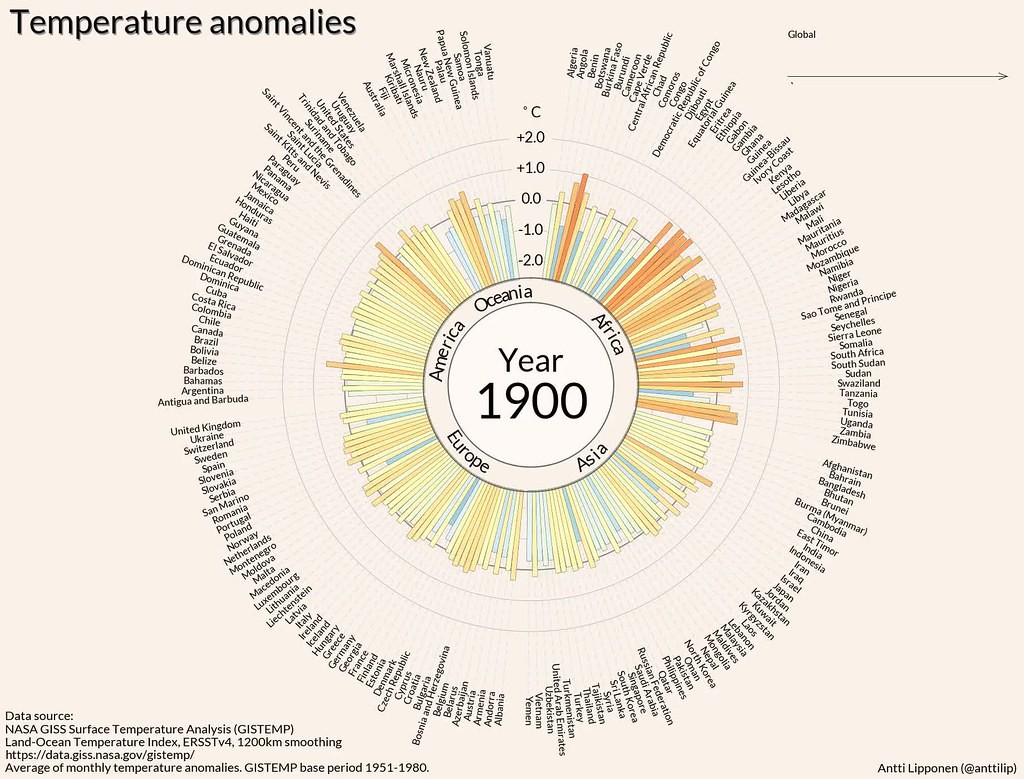 “Temperature anomalies arranged by country 1900 - 2016. Visualization based on GISTEMP data.“

Version 1.0.0 of the Global Land Surface Databank has been released and data are provided from a primary ftp site hosted by the Global Observing Systems Information Center (GOSIC) and World Data Center A at NOAA NCDC. The Stage Three dataset has multiple formats, including a format approved by ISTI, a format similar to GHCN-M, and netCDF files adhering to the Climate and Forecast (CF) convention. The data holding is version controlled and will be updated frequently in response to newly discovered data sources and user comments. All processing code is provided, for openness and transparency. Users are encouraged to experiment with the techniques used in these algorithms. The programs are designed to be modular, so that individuals have the option to develop and implement other methods that may be more robust than described here. We will remain open to releases of new versions should such techniques be constructed and verified.