Little Printer is a product of now. It is a product, a tangible thing, but is also a product, in the sense of a consequence, of contemporary culture. It humbly and accessibly exemplifies how physical and digital have merged to become one, to become hybrid objects, to demonstrate how objects might become networked, and how domestic objects might behave.

“Perhaps true, total photography […] is a pile of fragments of private images, against the creased background of massacres and coronations.”
—Italo Calvino

For the last three (solar) years i’ve taken at least one photo per day, every day, in an ongoing series of small acts of deliberate persistence. After more than 1000 days patterns emerge, inspiration ebbs and returns, the pile of fragments grows. While i’ve never made a deliberate attempt to narrow the focus or or create further constraints than ‘one photo per day’ it’s inevitable that subjective and analytic patterns become visible. 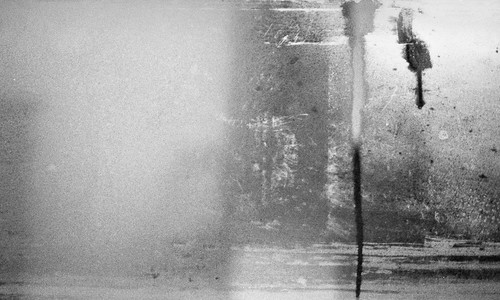 During the year there were 746 unique tags used of which 462 were only used once, these include agave, fishbones, gargoyles in boxes, ရွှေတိဂုံစေတီတော် (aka Shwedagon Zedi Daw) and vanga. Taxidermy, Sarracenia, The Secretariat, Geomancy and Filmske Novosti were also only mentioned once. Flickr also establishes a ranking of what it algorithmically determines “interestingness” and interestingly enough, a significant portion of those images are from 02013. Of the various groups posted to, the most common were blurism, Leica, Black and White, FlickrCentral, Abstract Photos and Urban Fragments (No People). 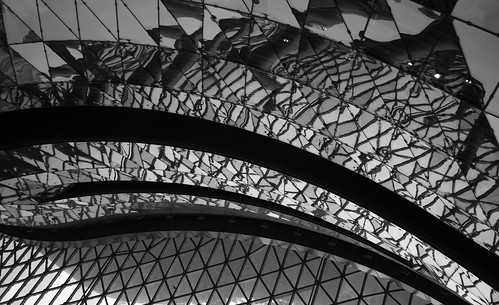 I’ve begun to see this daily practice as a point of departure, a habit to maintain focus (or resemble it) curiosity and ambiguity. Some of the more persistent photos from 02013 were sliced from moments of distraction, accident or circumstance during which suggestions and new directions may emerge. In a sequence, each image absorbs metadata, footnotes, contextual bleed (images within images) it becomes dislocated with images rendered from the middle ground between mechanical/chemical and electronic/networked where each image is no more than a scratched line across spacetime. fleeting. crystalised. repeated.

“When I’m dreaming back like that I begins to see we’re only all telescopes.”
—James Joyce

SciFoo is the brainchild of O'Reilly, Nature publishing group and Google. It takes place every year at Google’s Mountain View headquarters in Silicon Valley, California, where around 200 of the world’s preeminent scientists gather together. Nobel Laureates rub shoulders with rocket engineers, roboticists, angel investors, science writers and the odd science celebrity.

It’s always the electronic frontier. Nobody ever goes back to look at the electronic forests that were cut down with chainsaws and tossed into the rivers. And then there’s this empty pretense that these innovations make the world “better.” This is a dangerous word. Like: “If we’re not making the world better, then why are we doing this at all?” Now, I don’t want to claim that this attitude is hypocritical. Because when you say a thing like that at South By: “Oh, we’re here to make the world better” — you haven’t even reached the level of hypocrisy. You’re stuck at the level of childish naivete. The world has a tragic dimension. This world does not always get better. The world has deserts. Deserts aren’t better. People don’t always get better.

Welcome to the 2013 edition of the Bruce Sterling/Jon Lebkowsky State of the World conversation/rantfest. Bruce and Jon, old friends and rambunctious digerati, have made this annual mess every year of the 21st century; this year’s model should be particularly interesting, given the current hyperactive state of the world and the abundance of available conceptual lenses.